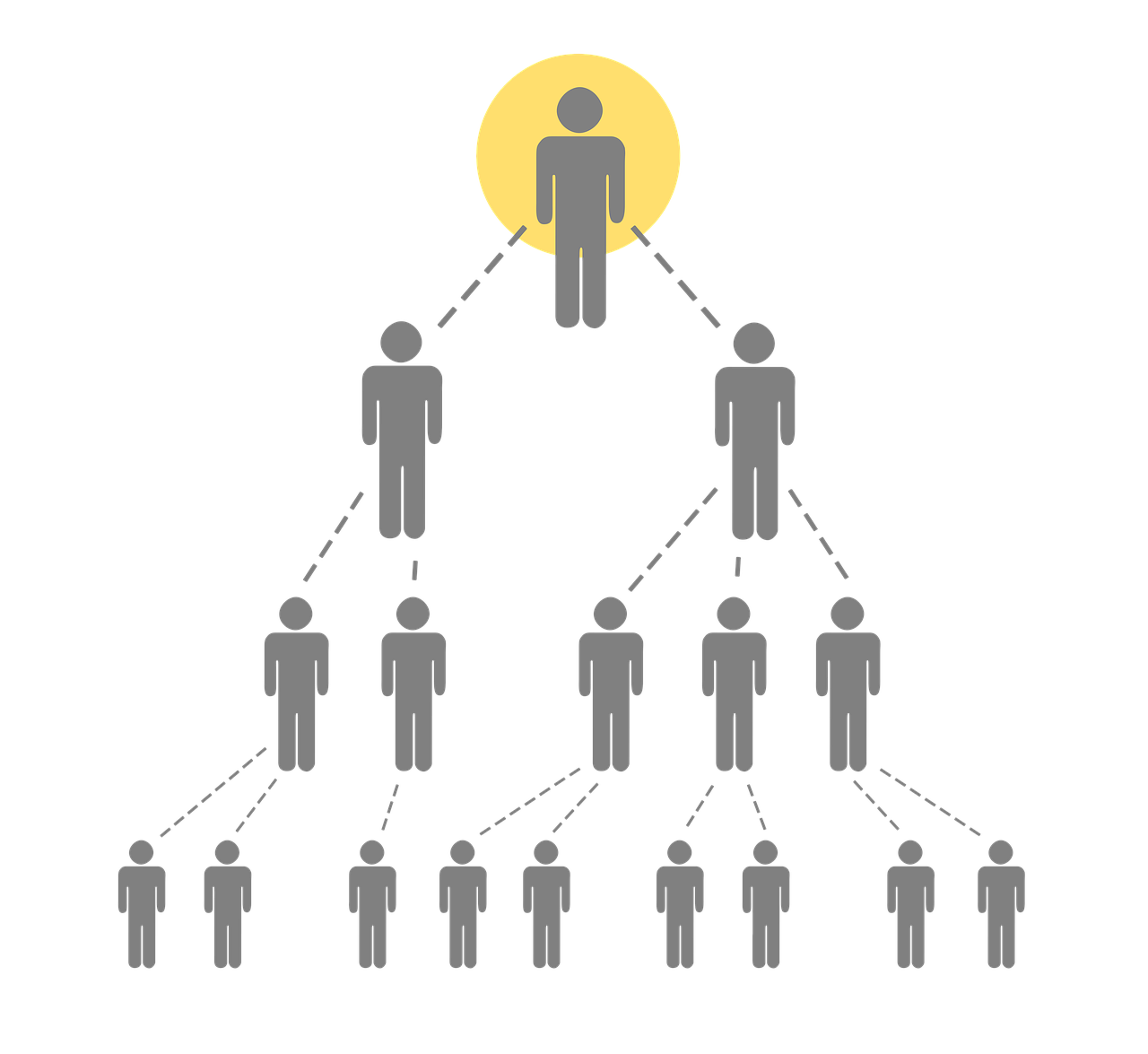 A pyramid scheme is a sketchy and unsustainable business model, where a few top-level members recruit newer members. Those members pay upfront costs up the chain to those who enrolled them. As newer members in turn recruit underlings of their own, a portion of the subsequent fees they receive is also kicked up the chain. Often called “pyramid scams,” these operations are illegal in some countries.
– Investopedia

Most people have had a friend or family member come up with a “golden opportunity”. All you had to do was put in some money and bring in only 5 friends to earn passive income for life. 10 times out of 10 this ended in a loss.

There are people who have accused HEX of being a pyramid scheme. To see if there’s any truth to that, let’s look at how people who invest in HEX make money:

These are simply the two ways you can make money with HEX.
The questions regarding a pyramid scheme are as follows:

In a pyramid scheme it is about whether you can only earn money when you bring in new people. The answer is no in HEX. Making people aware of this cryptocurrency is of course always useful when you want to grow something. That’s why marketing and sales are enormous industries. However, it is not necessary for the value of your portfolio to go up.

“Where does the interest come from?”
At the moment, the interest you receive for a stake of average duration (5.63 years) is 38.03% per year. That is an incredibly high interest rate. Of course you wonder where it comes from and how this is sustainable.
The answer to this is inflation and fines.

Inflation.
Almost all cryptos have inflation. When the marketcap remains stable, the value per coin would decrease as more and more coins are added. In Bitcoin this is due to mining. The maximum number of Bitcoin that will ever exist is 21 million, but at the moment only 18.5 million exist. So extra Bitcoin is being mined every day.

The problem with inflation in Bitcoin is that these new coins, which are currently $40,000 each, are going to the miners. These are companies that have to sell the Bitcoin they mine to pay the big electricity bill, staff costs. In addition to that, they want to take profit in fiat. Inflation therefore has a negative effect on the price of Bitcoin.

The inflation in HEX is fixed at 3.69% per year.
Unlike Bitcoin, HEX is not being mined. The new coins created by inflation are distributed among the stakers. They are being rewarded for locking up their funds. The longer your stake, the more interest you will receive. In the banking world this is called a certificate of deposit. The longer you lock up your money, the greater the reward.

The interest you receive on your stakes is flexible. It depends on the amount of HEX that is staked. More staked HEX means a lower interest rate. The image below shows how the interest rate works in HEX.

The interest rate is therefore paid by inflation, not by 5 newly recruited people who then recruited 5 people again. Of course it is true that if no one would buy HEX, the price would go to 0. Then you can earn 38% interest, but if no one wants to buy it from you, this is useless. However, you can say this for any crypto and even any industry. When everyone wants to sell Bitcoin and no one wants to buy anymore, it goes to 0. The same goes for Tesla or Amazon.

Fines.
In addition to distributing inflation among the stakers, they also receive 50% of the proceeds from fines.

This means that you end your stake before you have completed the full term. Since you have not kept your promise, you will be fined. The amount of the fine depends on how long your stake was and what percentage of your stake you had completed.

In StakerApp you can see how big your fine will be if you unstake right now. It’s very important to check this before you endstake as you can not only lose your interest, but also (a part of) your principal. You certainly do not want to Emergency Endstake a 10-year long stake on day 50, because then you will lose your accrued interest + principal.